Faces of EBCE: The Restless Energy of JP Ross

EBCE’s Vice President of Local Development, Electrification and Innovation, JP Ross, has led an adventurous life of world travel, and now brings that sense of adventure to our local energy programs. 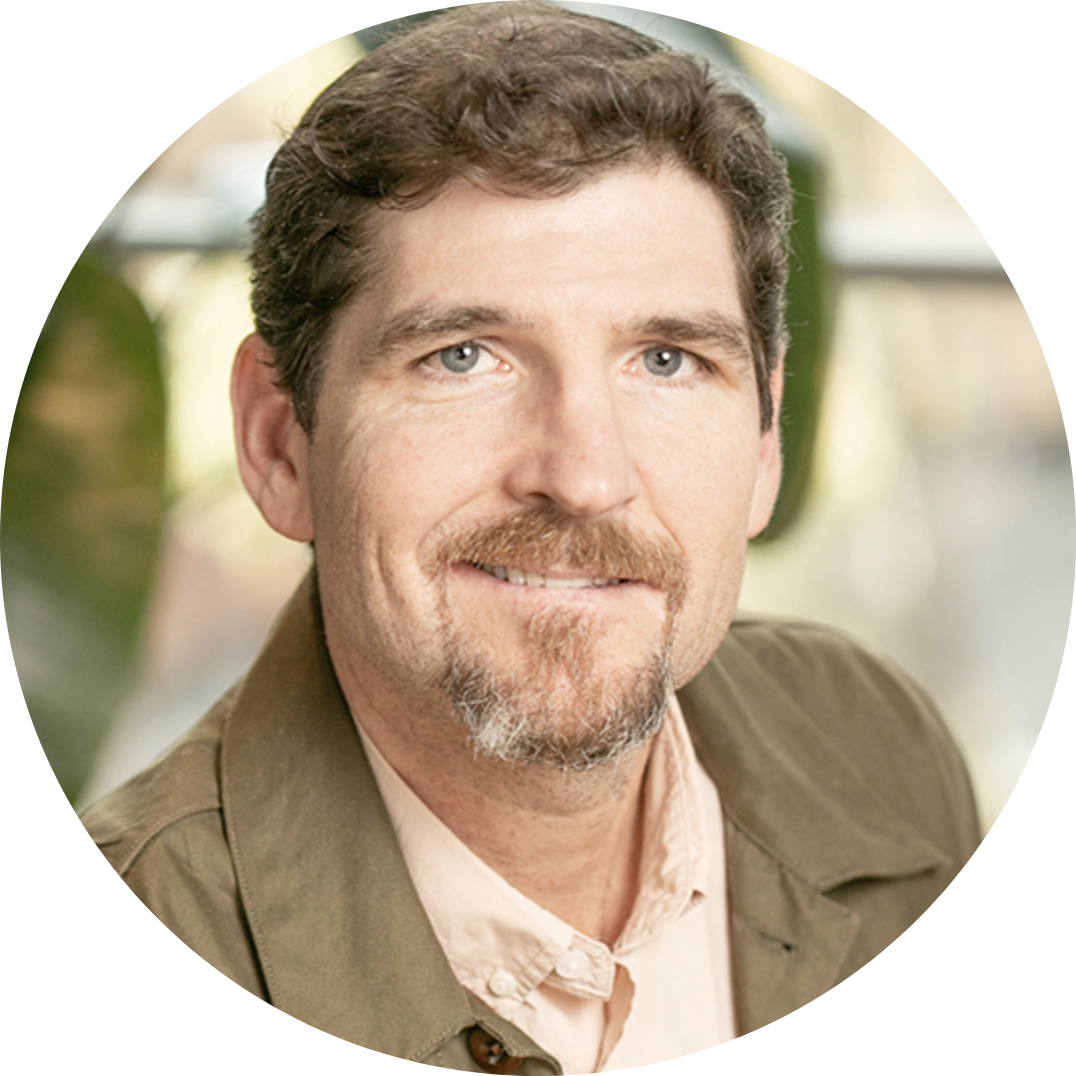 JP Ross has always been restless.

When he was young, living in San Rafael, his father periodically retrieved sailboats from Hawaii, sailing them to the West coast for their owners. JP joined his dad for four of those trips, starting at age 16.

“I remember being in the North Pacific High, with no wind,” he recalls. “I’d climb up the mast and look out to see the curve of the earth. It really makes you feel your place on the planet.”

A Voyage of Discovery

That journey became a voyage of discovery for JP, when he found his life calling. He and his crew spent three weeks on Palmerston Island, a one-square-mile coral atoll owned and inhabited by 34 descendants of William Marsters, a ship's carpenter and barrel maker who settled there with his three wives in 1863.

“It was always windy and sunny there, yet they ran diesel generators 24 hours a day to keep fish frozen, so they could export it every six months when a supply ship arrived,” he says. “Then they would use the income from selling fish to buy more diesel fuel. The whole economy was dependent on feeding the diesel beast.” 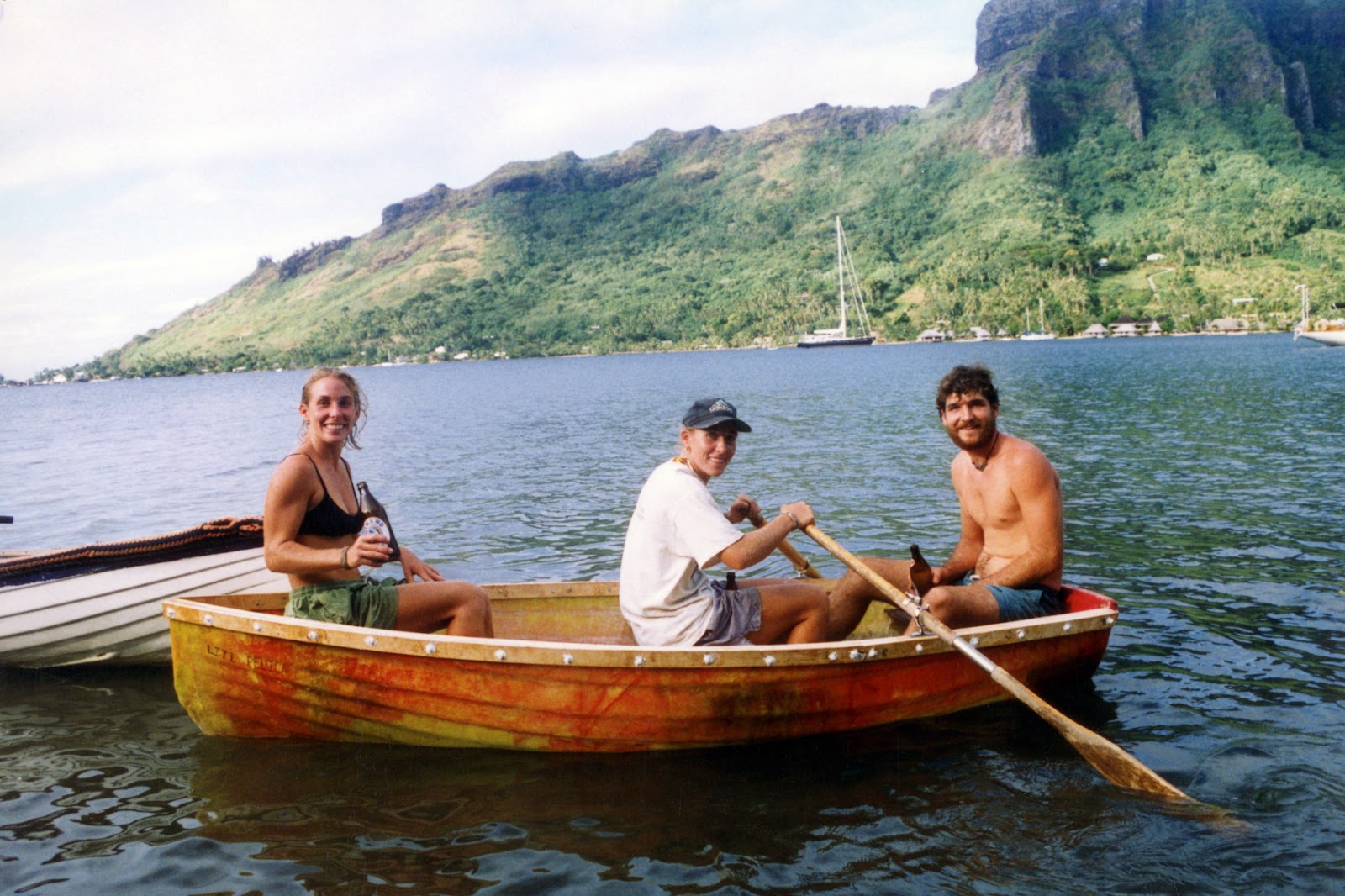 Ross, on the right, in a rowboat he and his sailing partners built from scratch, in Moorea (next to Tahiti).

“That’s what got me into renewable energy,” he says. He started his application to the graduate program at UC Berkeley’s Energy and Resources Group from a payphone in Hawaii and enrolled when he got home.

Building and Riding the “Solar-Coaster”

After grad school JP worked with Greenpeace, advocating for wind and solar instead of the 50 gigawatts of gas plants that were proposed in response to the California energy crisis of 2000.

After the crisis subsided, he took another eight months with his girlfriend (now wife) to deliver a sailboat from San Francisco to the Caribbean, through the Panama Canal. Another phone call from an island lined up his next job, this time with David Hochschild, co-founder of Vote Solar and now Chair of the California Energy Commission.

His next move was away from advocacy and into industry. “I had spent eight years helping develop the solar market, and it felt like time to pursue it with a mission-driven startup.” He was an early employee with Sungevity, based in Jack London Square, working with Danny Kennedy and others from Greenpeace.

“I had lots of industry knowledge and relationships that I put to use,” he recalls. As a vice president he managed procurement and built a contractor network across the country, helping Sungevity become the third largest residential solar installer in the US.

After seven years, JP was recruited by Origin Energy, Australia’s largest energy utility, to lead the development of Origin’s Business Solar venture. Origin’s solar PPA quickly became the market leader, continuing Australia’s status as one of the hottest markets for solar in the world, with more solar capacity per capita than any other country.

But by 2018, he was yearning for home. To get from Melbourne back to California, he and his wife home-schooled their two kids while on another epic voyage, of planes, trains and automobiles. For seven months they traveled through Japan, Sri Lanka, London, Morocco, Portugal, Mallorca, and Paris, before flying home to the West Coast

Soon after returning, JP spotted an opening at another startup, East Bay Community Energy. Joining as employee number 19, as the VP of Local Development, Electrification and Innovation, he saw a similar challenge and opportunity.

“EBCE is also mission driven, trying to help our communities respond to the challenge of climate change,” he says. “We have a 2030 goal of 100% clean power even as we double load from electrified buildings and transportation.”

Achieving that goal will require the participation of customers and communities, putting local programs front and center. Relationships with city staff, elected officials, and community-based organizations keep EBCE plugged in. “We spend a lot of time talking to them, listening to them, finding ways to help them achieve their goals,” Ross says. “Their goals give us direction in making local programs that align with our communities.”

EBCE is using solar and storage to reduce the risk of power outages for vulnerable customers and emergency services. The Resilient Home program provides batteries and solar for homeowners. Another program provides portable batteries for customers dependent on powered medical equipment. And EBCE is evaluating opportunities to put solar and storage on critical facilities, like police and fire stations, senior centers, and libraries, so they provide community services even during power outages.

EBCE has offered a host of programs to relieve bills and fund emergency aid during the COVID-19 pandemic. A new collaboration with BlocPower will help low- and moderate-income households cut bills and carbon emissions with high-efficiency electric appliances. And EBCE will soon be re-opening its request for offers for the Disadvantaged Communities Green Tariff (DAC-GT) and Community Solar Green Tariff (CSGT) programs, to provide discounted solar power to low-income households.

Lastly, EBCE is getting into the business of EV charging, building its first fast-charging hub in Oakland, a second smaller one in Piedmont, and a third under development in Livermore. Achieving Gov. Newsom’s goal of five million electric vehicles on the road by 2030 will mean about 250,000 in Alameda County. The California Energy Commission estimates that around 800 fast-charging ports will be needed across the county, requiring up to 40 charging hubs with 20 plugs each.

“We won’t be the only game in town,” Ross says, as customers charge at home and other suppliers emerge. “But 47% of our residential customers are renters, who don’t have easy access to home charging, so we need to provide them with public access at our EV charging hubs.”

To align vehicle charging with EBCE’s 100% clean power goals, Ross is looking ahead.

“Solar is already our biggest daytime resource, and is still growing, but obviously it doesn’t perform at night,” he says. “Right now California’s nighttime power is mostly from natural gas. But if we are going to a zero-emissions system, there won’t be gas.”

The rapidly emerging replacement for nighttime gas is batteries, but Ross bristles at the inefficiency and cost of using stationary batteries to charge car batteries. “With enough charging stations and proper rates, people can easily and affordably fuel their electric vehicles with clean energy during the day,” he says.

“As a joint powers authority, one of our tasks is to help our communities meet their climate and community development goals,” he says. “EBCE is in a prime position to do that. Designing and delivering programs to make the transition to clean and local energy is what I am excited about.”