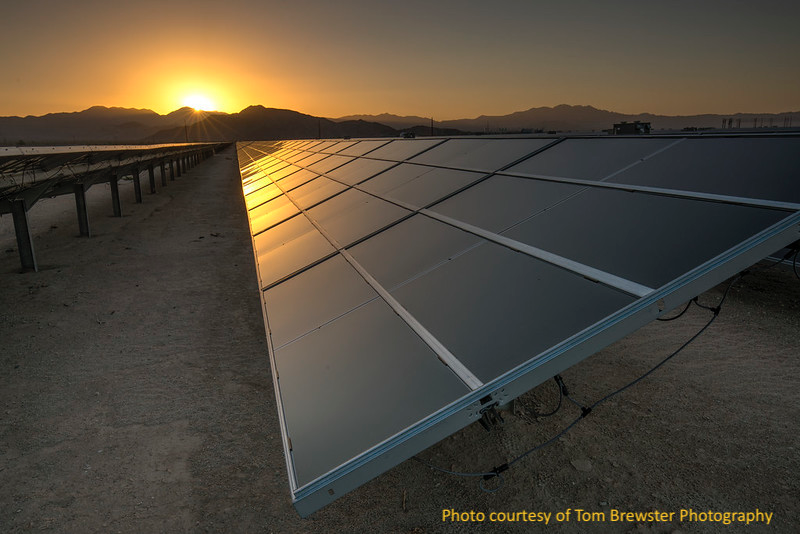 California is rapidly cutting carbon emissions in the power sector, and has plans to go all the way to zero. That will mean a lot more solar and wind power, which raises the obvious question: what do we do when the sun doesn’t shine and the wind doesn’t blow?

Legislation from 2018 (SB 100) requires a zero emission power system by 2045, including at least 60% renewable energy. While that goal seems far off, implementation has already begun. As part of the long term planning process, the California Public Utilities Commission in April adopted a GHG target of 46 million metric tons (MMT) for the electric sector by 2030 -- 56% below 1990 levels -- with a stretch goal of 38 MMT.

The big star in California’s energy transition has been the sun, with solar supplying 20% of California’s power supply, higher than any other US state.

Like all California power providers, EBCE and other CCAs need to plan for a future with high levels of solar power. Already EBCE has signed contracts for 550 MW of clean energy generation — 493 MW of solar and 57.5 MW of wind — plus over 135 MW of energy storage.

But, of course, the sun doesn’t shine at night, and it shines less in the winter.

Covering the evening slot is not hard, as battery prices continue to fall. A normal battery configuration can run for 4-8 hours, easily shifting afternoon solar energy into the evening. As solar grows to become a dominant source of power, slightly longer duration storage will be helpful, to get from sundown to sunup. All that is required is to build enough, and deployment is rapidly scaling up. EBCE is exploring innovative storage strategies, like the Resilient Home program.

But longer duration storage is much harder. It makes little economic sense to leave batteries sitting charged for long periods of time, just waiting to discharge. There can be periods of many days with low wind and solar output, a condition dubbed by energy modelers in Germany as dunkelflauten, or “dark doldrums.” Simple seasonal differences can also drive down renewable output, as winter days are shorter, and more likely to be cloudy in California.

But long-duration storage technologies are limited. While pumped storage plants have operated for decades, including the Helms plant in California, the potential for new sites is limited by the quirks of geography. Compressed air systems also exist, but have not proven to be economically viable.

Nonetheless, energy models say that a low-carbon high-renewables power system would benefit from long-duration energy storage -- whatever form it may take.

To inform the integrated planning proceeding at the California PUC, analysts developed a Reference System Plan (RSP) that individual energy providers can use to check their own integrated resource plans (IRPs).

By long duration, the RSP means pumped storage facilities or “other long-duration storage with similar attributes.” 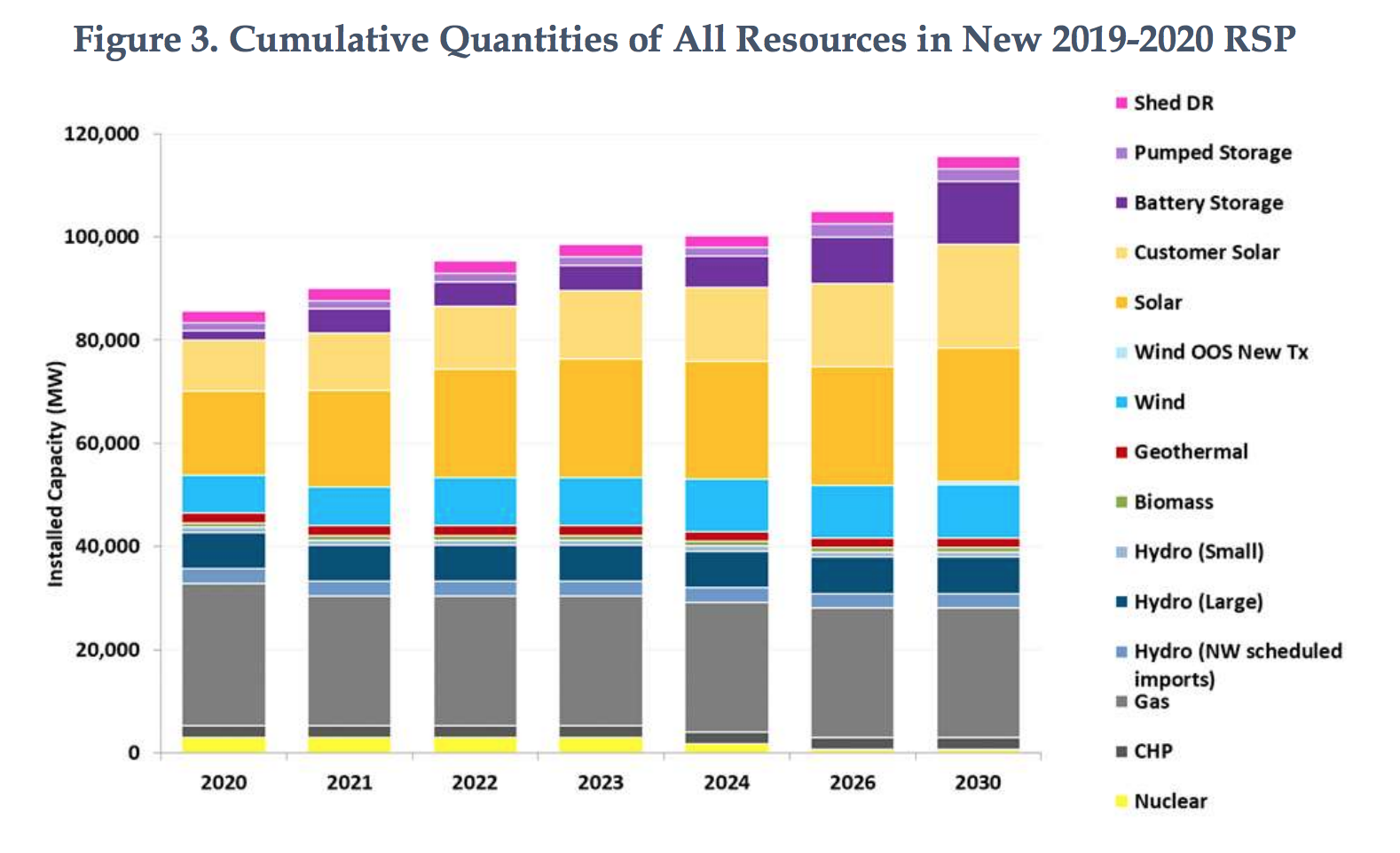 Official forecast for new and cumulative resources for all load-serving entities from the Reference System Plan (Source: CPUC (PDF))

To start exploring long duration storage options and their commercial viability, EBCE and ten other CCAs put out a joint request for information (RFI) (PDF) in June.

The RFI asked for storage with between 5 MW and 250 MW of capacity that meets the following requirements:

It further says that “this could mean conventional lithium-ion batteries, but also batteries with other chemistries; mechanical storage like pumped hydroelectric, stacked blocks, and compressed air; thermal storage, such as cryogenic/ liquid air, and molten salt; and chemical storage like hydrogen and other power-to-gas approaches.” 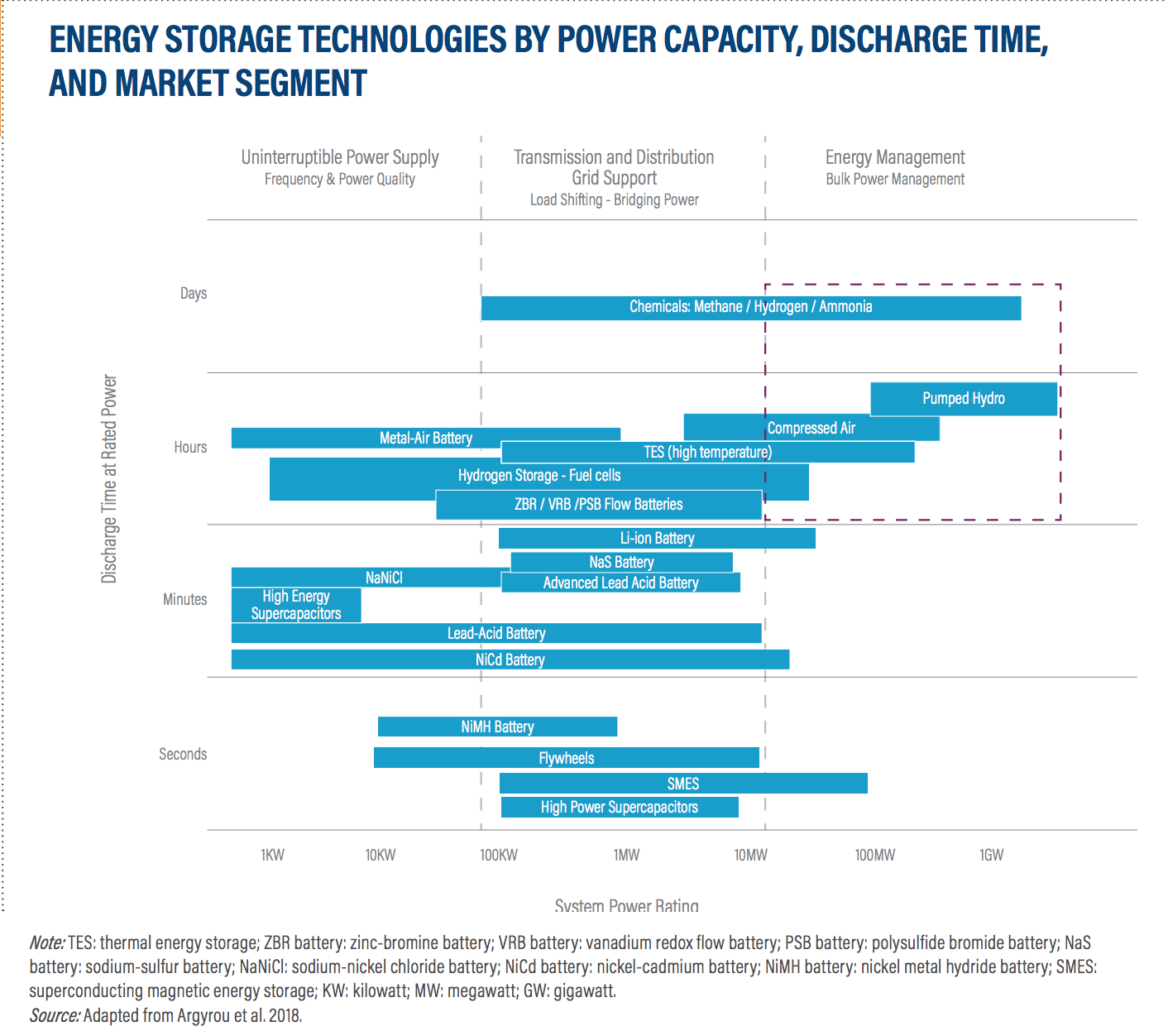 The RFI garnered responses from over 30 parties. While some of these technologies are common, most are either rare, not commercially competitive, or still in the lab. The requirements of long duration storage are not yet fully understood and this RFI was an important step in allowing CCAs to better understand the landscape and what is commercially viable.

EBCE is launching a request for offers (RFO) in fall 2020 to procure renewable energy and storage. While it is not specifically focused on long duration storage, EBCE will continue to evaluate these emerging technologies and compare them to lithium ion battery storage, according to COO Howard Chang. “We feel like we have to learn more about the technical issues and about the regulatory requirements in order to inform our procurement strategies on long duration storage,” he says.

Indeed, as the world moves toward a power system dominated by wind and solar power, interest in energy storage is intensifying. Entrepreneurs and researchers have announced a steady stream of innovations and demonstration projects.

For very long duration storage, the most commonly mooted option is “green hydrogen” -- using wind and solar power to split hydrogen from water, storing it, and then converting it back to electricity with fuel cells or combustion turbines. (Hydrogen can also be produced from coal, known as brown hydrogen, or from natural gas, known as grey or blue hydrogen.)

While there are multiple R&D projects in Europe, California companies are also starting to get serious. SoCal Gas has also been running demonstration projects with UC Irvine and the National Renewable Energy Lab to test “power to gas” strategies.

The Los Angeles Department of Water and Power (LADWP) has announced plans to convert their Intermountain coal power plant in Utah first to a natural gas/hydrogen mix by 2025, then to pure green hydrogen by 2045.

It would be a first of a kind in the United States. As CAISO Vice Chair Angelina Galiteva said at a conference, “Hey, science fiction of the future is coming and LA is leading the way. Hopefully they succeed.”