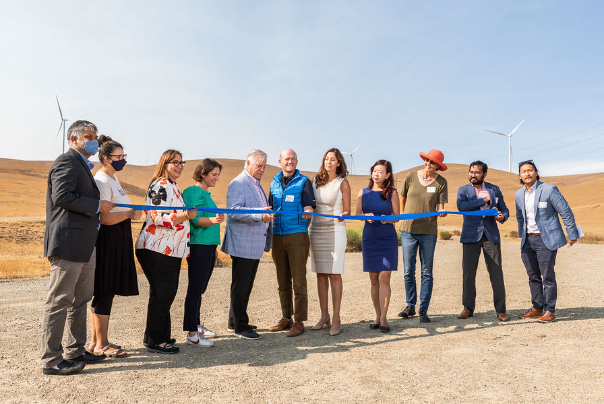 The Altamont Pass in Livermore is officially home to the new Scott Haggerty Wind Energy Center, a re-powered source of clean energy for residents and businesses spanning across 14 cities and Alameda County. 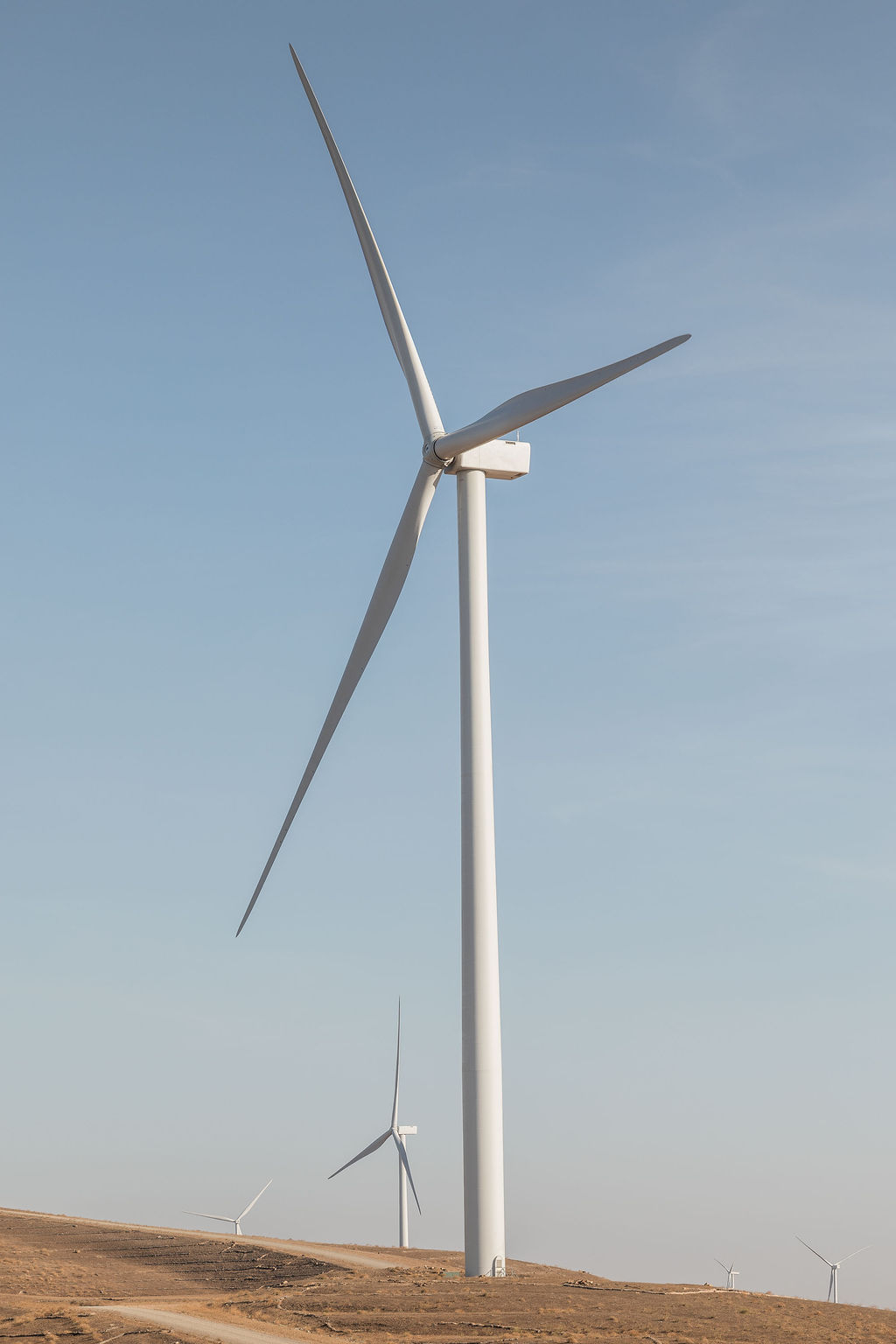 According to EBCE officials, the new facility replaces 569 one-hundred-kilowatt turbines with 23 state-of-the-art environmentally and wildlife-friendly turbines. (Photo by Paul Ferradas)

“With the consequences of climate change more evident than ever, our new Scott Haggerty Wind Energy Center is an emblem of a new era of inclusive clean energy,” EBCE CEO Nick Chaset told the Weekly in a statement.

Corina Lopez, board vice chair at EBCE and San Leandro City Council member, highlighted the collaborative effort that the Sept. 24 ceremony represented. “The ribbon-cutting at Altamont today underscores what we can accomplish when community organizations have a voice in the development process of our clean energy choices,” she said.

“We look forward to meeting our goal of providing all our customers with 100% clean energy by 2030, well ahead of California’s official 2045 target date,” she added.

The wind farm’s name honors former Alameda County supervisor Scott Haggerty, who for 20-plus years represented District 1 which includes the Tri-Valley. Haggerty is also a longtime advocate for renewable energy who was instrumental in the development of EBCE. Although Haggerty has moved to Tennessee since retiring, he returned to the area to attend the ribbon-cutting ceremony.

Haggerty told the Weekly that it was “humbling” to have the facility named after him.

“I’m extremely gratified by the board who voted to name it after me, but I think more importantly that this really is a major step in securing my vision that I had when I started East Bay Community Energy,” Haggerty said. “I want Alameda County to be truly sustainable, meaning that they are reliant on no other county and no other energy company other than the windmills and solar farms within our county.”

The new facility represents a $20 million investment into Alameda County through tax revenue to support public services and will also sustain numerous clean energy jobs across operations and maintenance, following an initial output of more than 115,000 hours of union labor, officials said in a statement.

The project replaces 569 one-hundred-kilowatt turbines with 23 state-of-the-art environmentally and wildlife-friendly turbines and is expected to produce lower-cost electricity for thousands of residents and businesses, according to officials.

The clean electricity created from the new turbines will serve as a main supply source for EBCE's Renewable 100 program, a power mix of wind and solar energy servicing about 100,000 customers.

Other local officials who participated in the ribbon-cutting ceremony included Livermore City Council member Brittni Kiick, State Assemblymember Rebecca Bauer-Kahan (D-Orinda) and Dublin Mayor Melissa Hernandez, who said that the project will help the city of Dublin be the first Tri-Valley city to serve and provide 100% renewable energy to its residents.